40 hours of buses and waiting time between buses. That’s how long I needed to get from Arequipa, Peru to San Pedro de Atacama, Chile. Arrived at midday, sunny and beautiful. Only 2 days, need to consider fast what needs to be done here. With a flight back to Santiago in the morning of the day after tomorrow, I need to get to the hostel asap and ask for info. Where, What, When, How Much? since im traveling low cost. Backpackers Hostel, 10 min walking from the bus station, offers 15% discount for those who have a special voucher contained in a travel book called GetSouth. How could I miss this? I couldn’t. Almost 2 euros saved for a pasta dinner later :). Cool.

On the way from Calama to San Pedro, after I changed the bus,  I met a few more nice people. One of them was Solsiré Rubio Pol Sheuen. Donde eres Sol?  Sol was everywhere in Atacamama, buy I couldn’t find Sol on facebook, perhaps because of privacy settings. She was traveling with a friend of her father, a poet and a sculptor I had the occasion to have a breakfast with. Oscar and Sol were somewhere from the South, and they were so kind to explain me something about chilean literature and its most known representatives. We made a list of them: Pablo Neruda, Elicura Chihuailaf, Winett de ROkka, Pablo de Rokka, Jorge teillier, Enrique Lynch, Nicanor Parra, Vicente Huidobro. To be read in an undetermined future.
I’ve also learned a short chilean humorist poem written in a period when “la luna” was of much interest to chilean poets and artists.
Qué linda se ve la luna
Redonda como escopeta
¿Quién me robó los zapatos?
Would love to hear more from a chilean about this moon story.

Then I met Lee. Lee is not from China or Korea or any asian country. He has big rounded eyes and he’s from London, where my brother is at the moment. Finally a name easy to remember, I thought about myself. Finally no memory tricks needed. Destiny wanted us to have some fun together. As soon as we arrived in the hostel, we rented some bikes, 4 euro for 5hrs, bought fruits (energy) for a half day and went directly into the the Moon Valley in search of fun, adventure, some physical exercise after 40hrs of inactivity and some breathtaking views.

Going up and down along the Moon Valley, we met Ximena, a young, smiling and friendly chilean girl, who passed almost the whole day alone in the desert enjoying her time and the views there. We stopped looking at a nice hill to climb up and Ximena, appearing from nowhere, is asking us, “gringos”, the way to get there. As always, very polite and smiling, I pointed out that the way is already designed and you just need to follow it. “But it doesn’t go all the way up”, she replies. And from there we went together to find the way to the top, where we already saw other people taking pictures with the Natural Amphitheater. With Lee, we thought it could be a nice place to meet the sunset, but Xime easily “converted” us to go to another place on the dunes. It’s there where everybody goes for a gorgeous sunset.

Xime had also pretty cool tattoos. On a leg, there was the world map which caught my attention. The country were I escaped from, ITALY, was missing! Ahahah that’s actually how much Italy counts in today’s world. Nothing. Well, almost. Today, after years of infinite reforms and spending reviews in the italian spending blackhole, italian prime minister, Matteo Renzi, took a state aircraft for institutional assignments to go watch the US Open final between two amazing italian women. My congratulations to italian players and let me congratulate as well with the hypocrisy of italian politics, which always wins regardless the results.

We were also warned that after sunset, it’s getting very very cold, so it’s better to bring jackets and flashlight. The smiling girl, despite the fact wasn’t the first time there, was just “t-shirt and shorts”. So finally, we would meet the sunset on the dunes and would immediately start riding our bikes to get back soon to San Pedro, in order to not freeze somewhere in the middle of nowhere. Hopefully, our worse fears weren’t confirmed later, because, apart the darkness, the weather was pretty nice and friendly all the way back.

19.30 there was no more sun on our hill, but few thousand km away from us, the sun was still embracing with its light the mountains and the hills there.

Go go go because at 20.50 we have the bus for Stars Gazing Tour and we didn’t have lunch or dinner. Amazing ride. At 20.30 we arrived back in the hostel. After 20km of trekking in Colca Canyon , with my 50l backpack, I felt like flying on the bike. So I lead the way from the beginning until the end, always enthusiastic about reaching first the next checkpoint.

Watching the stars was cool and Atacama is one of the best places on the Earth to do that. The only thing is that we paid for an english speaking guide, who was explaining things about stars, 70% spanish and 30% english. I didn’t speak spanish very well at that time, so I was a bit pissed of. Watch out the charlatans selling you one thing and giving something else later. And the Star Gazing Tour costed like one quarter the money of my whole 4 days permanence in Peru, which is about 25 euro.

I spent the next day in the hostel, organizing my thoughts and plans for the future. I couldn’t afford anything else other than a walk through the small and warm city center of San Pedro. Next day in the morning, I was already admiring the desert from a bird’s eye view on my flight back to Santiago. End Trip. 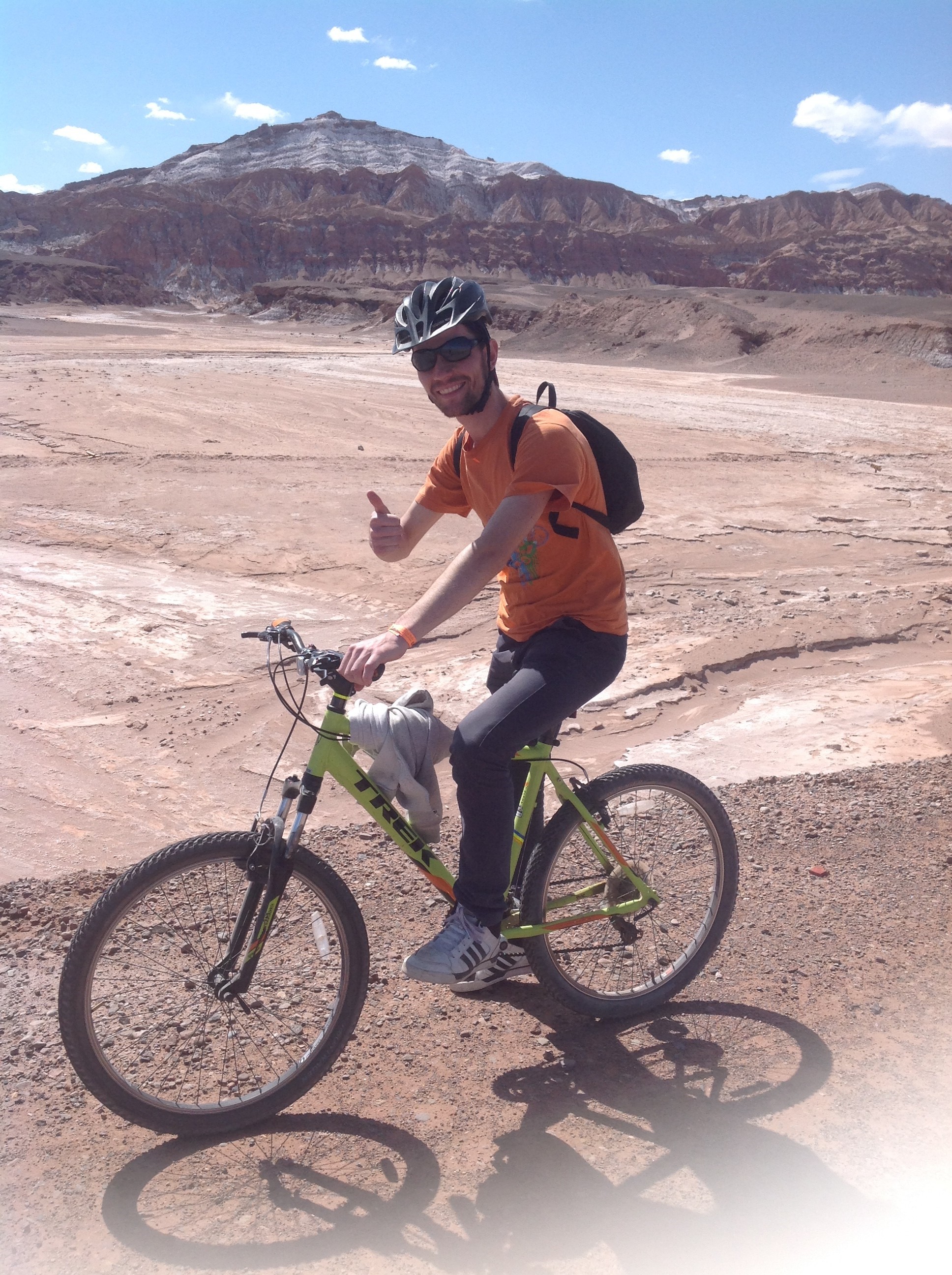 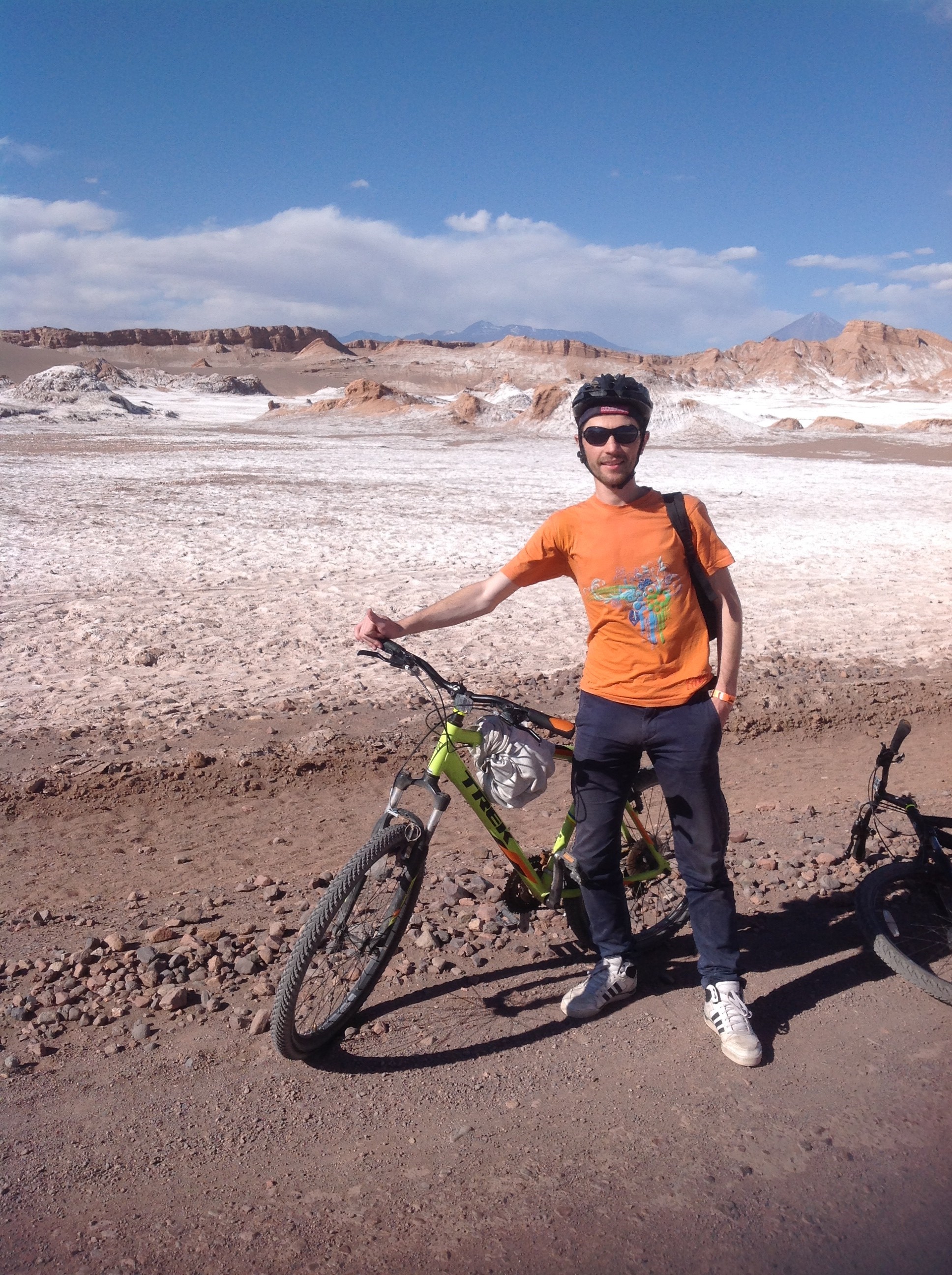 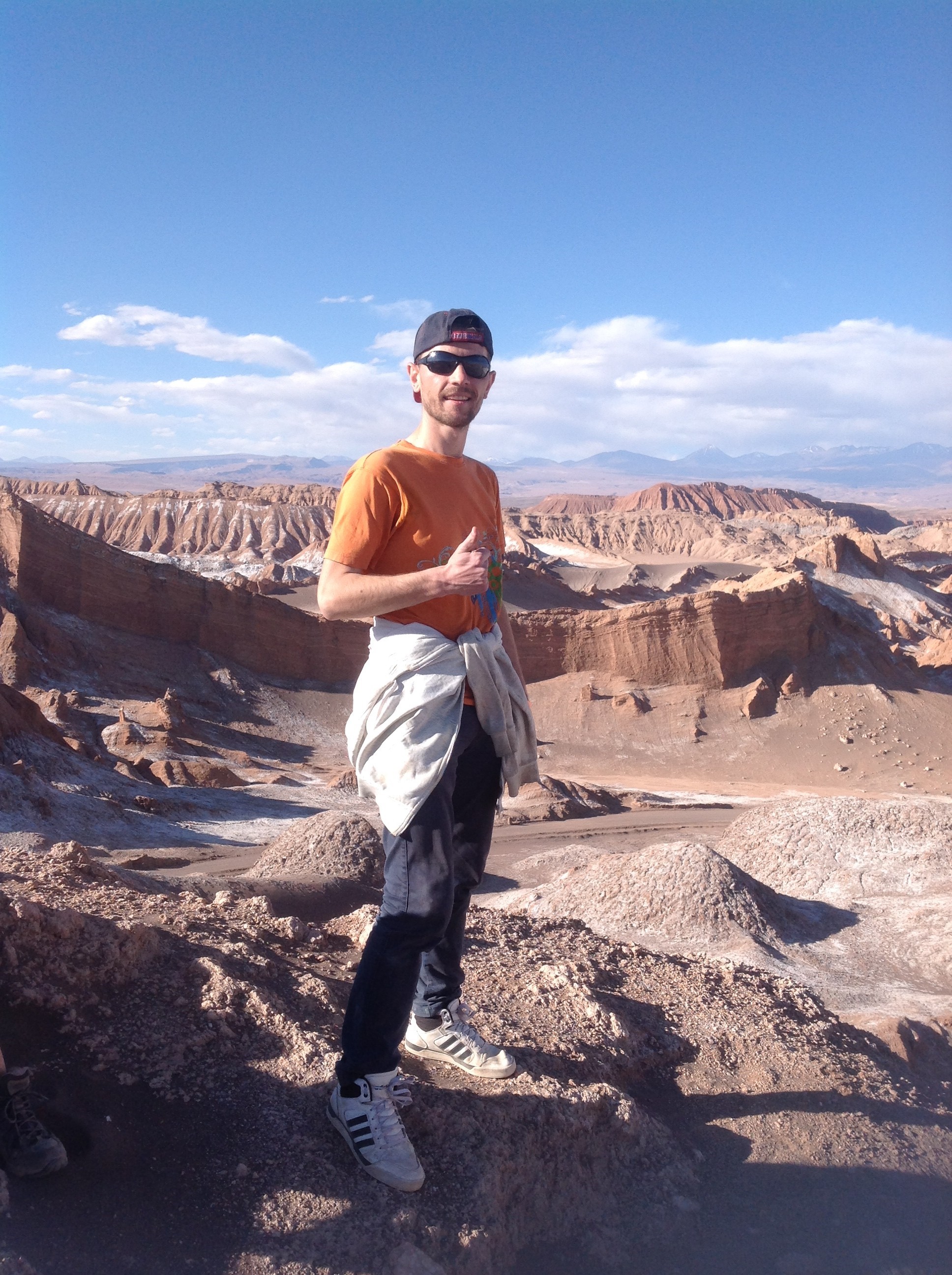 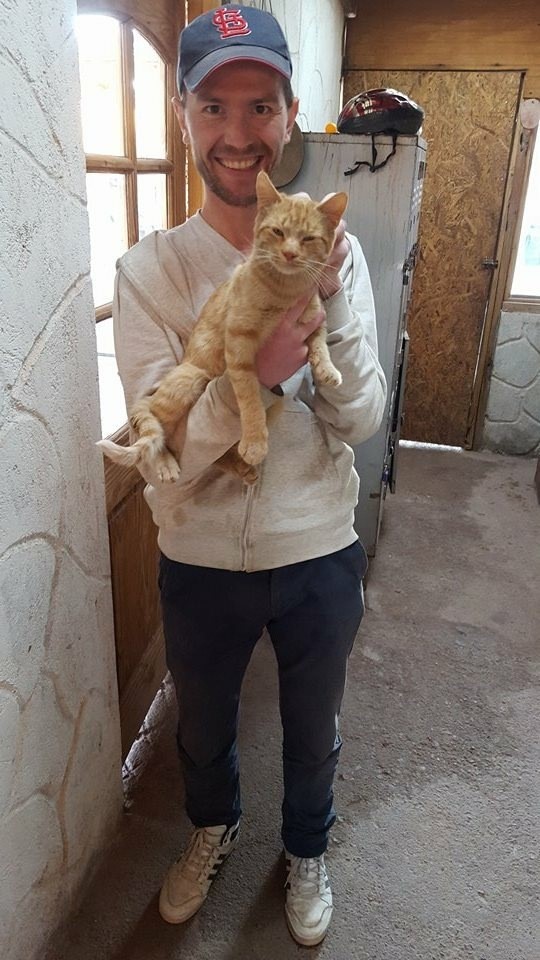 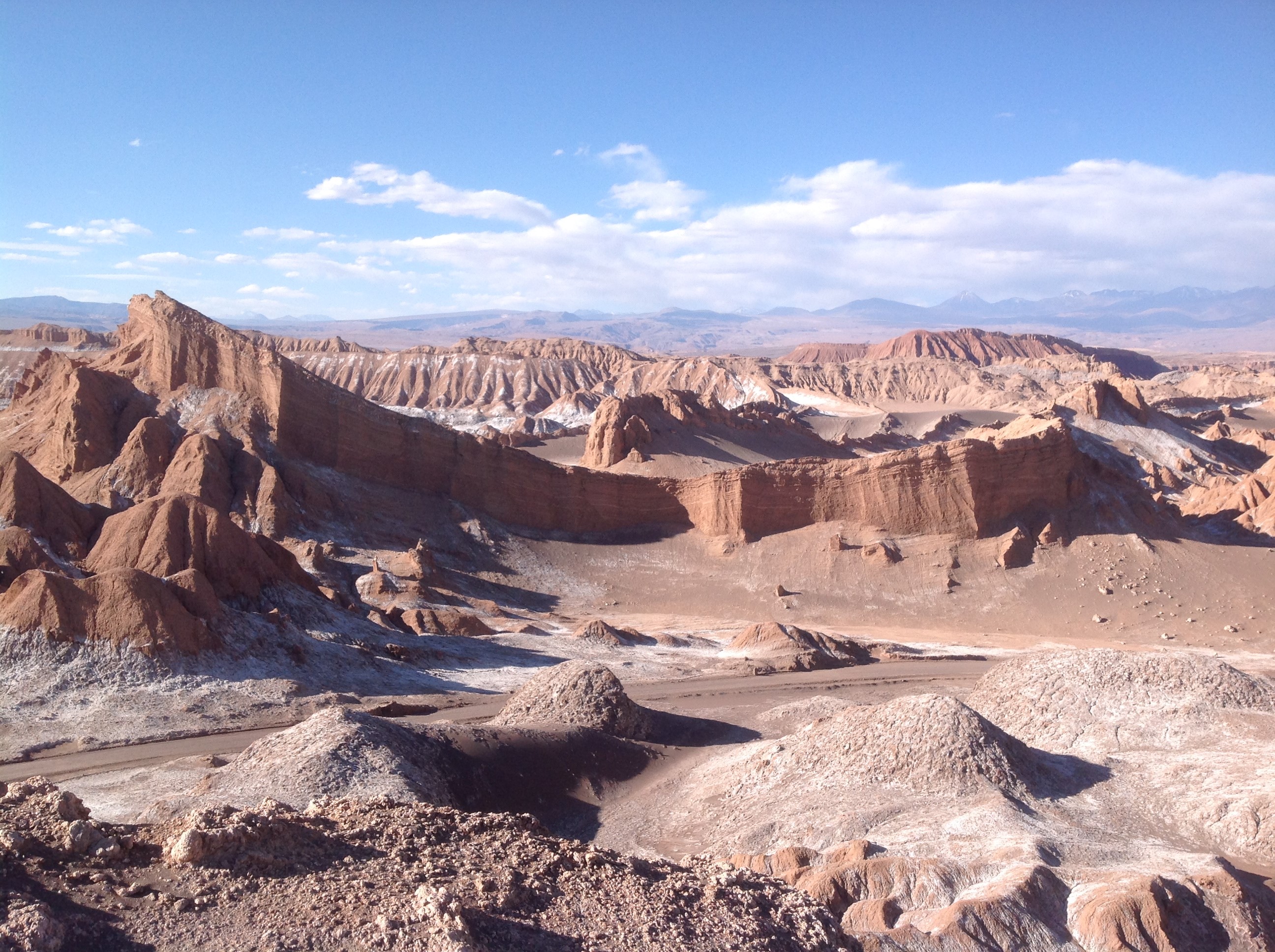 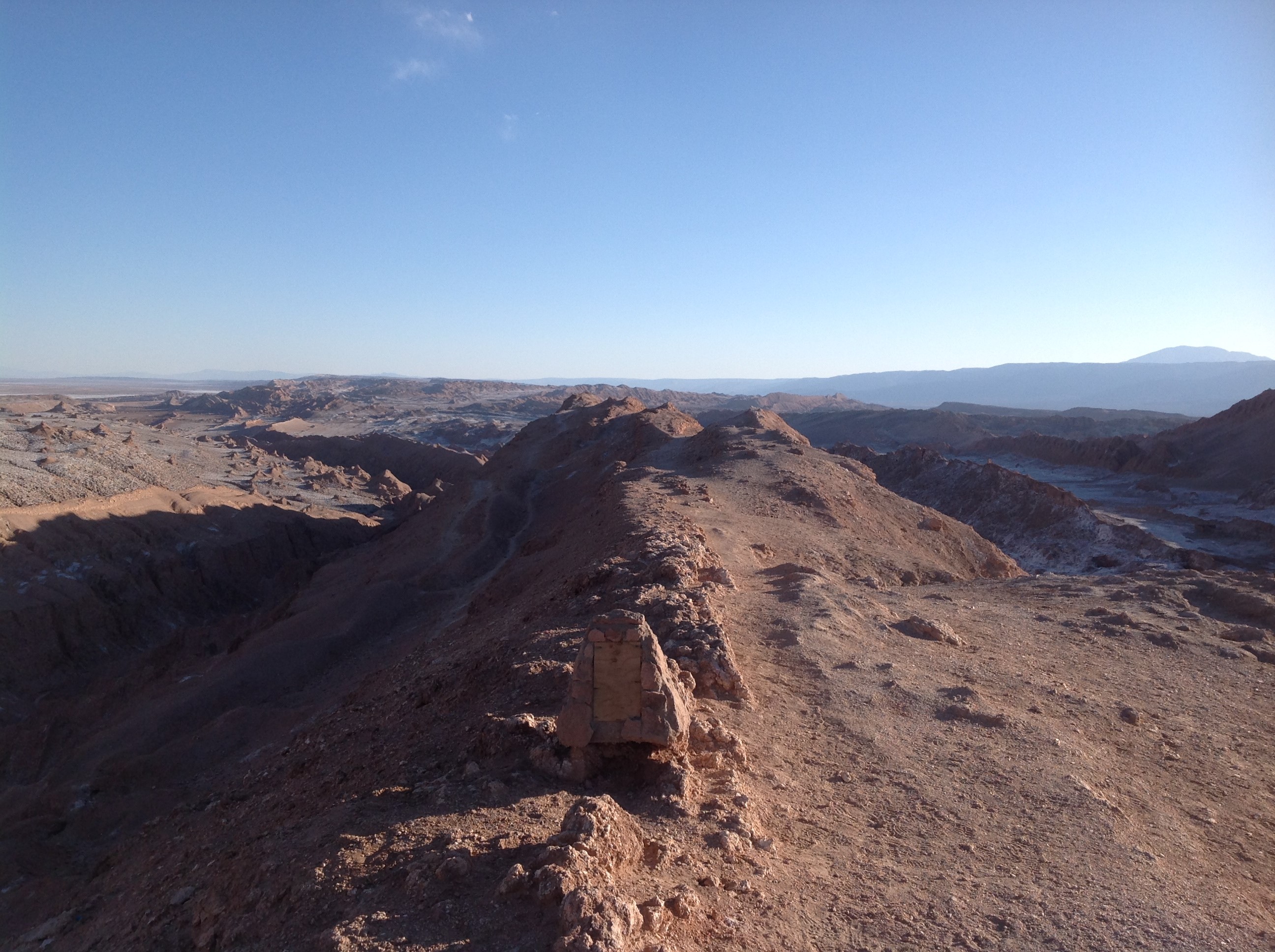 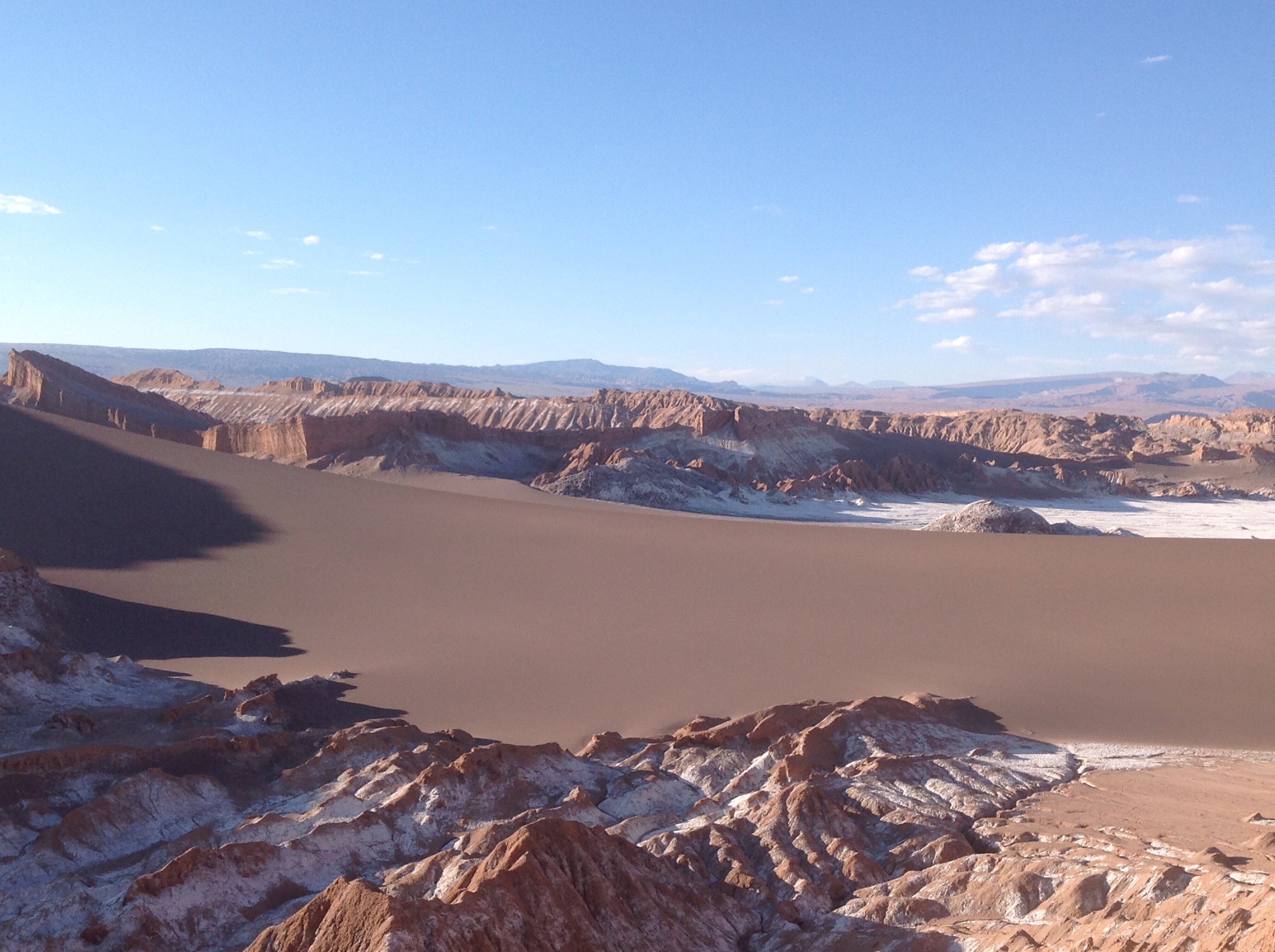 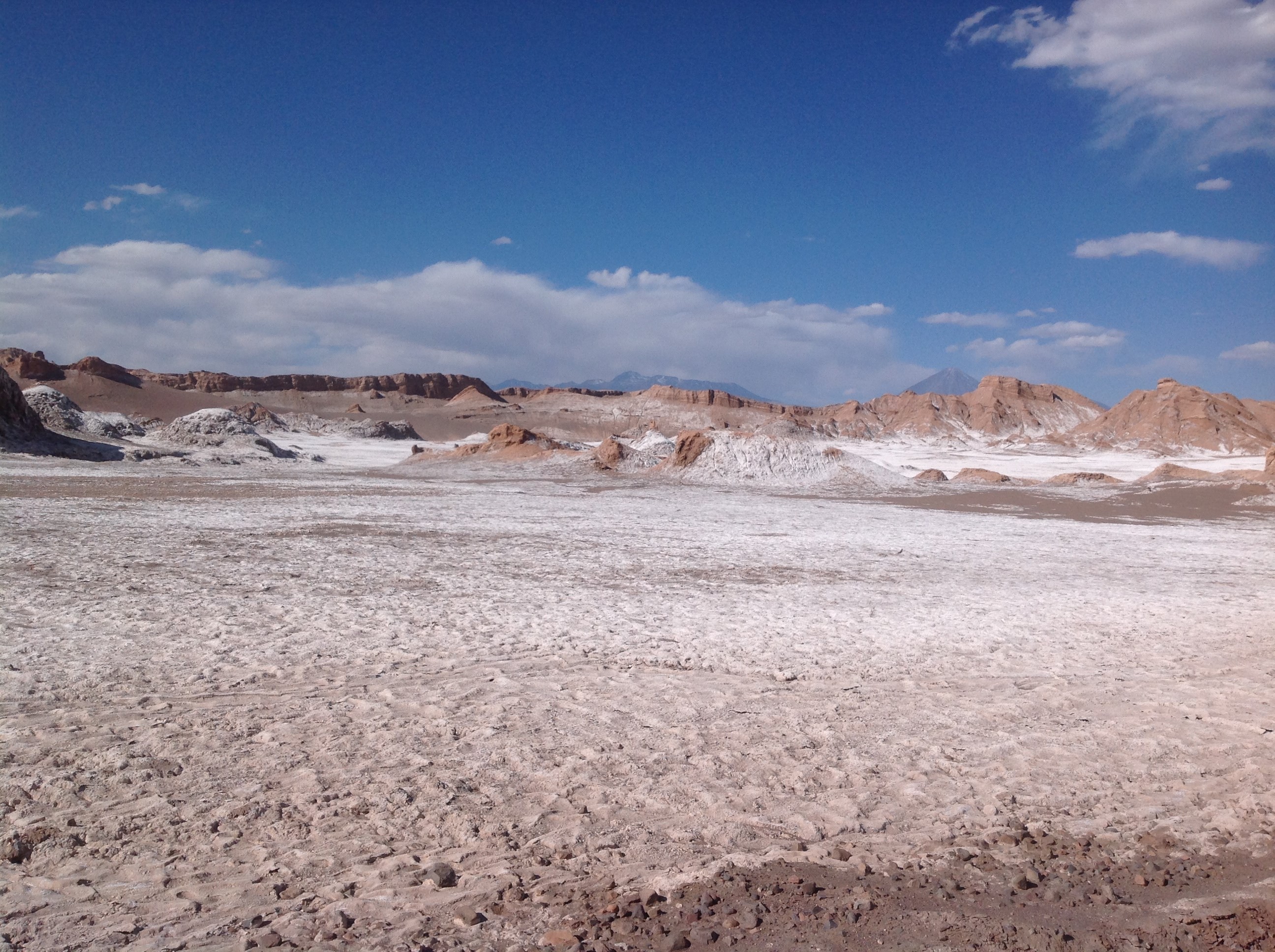 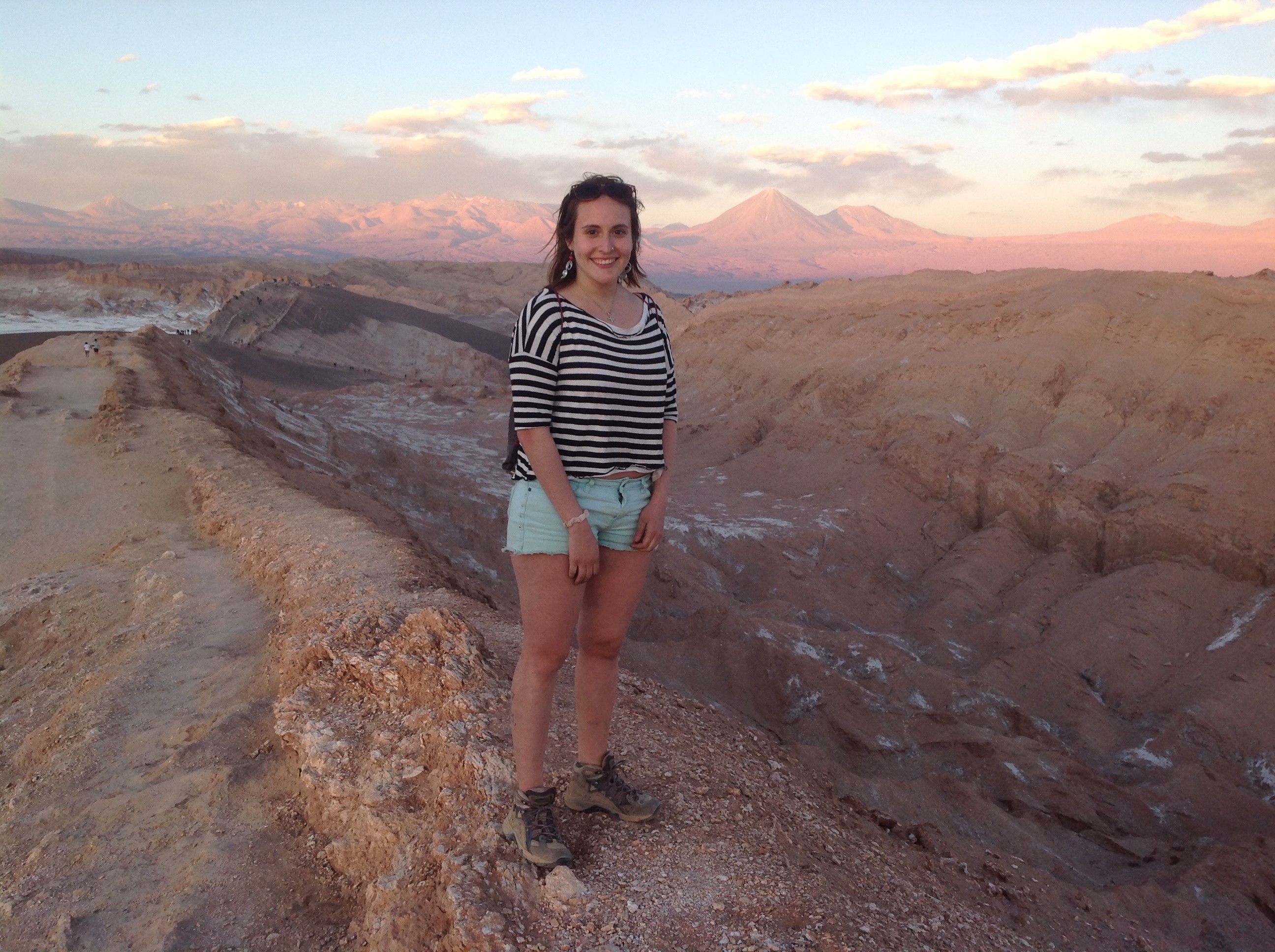 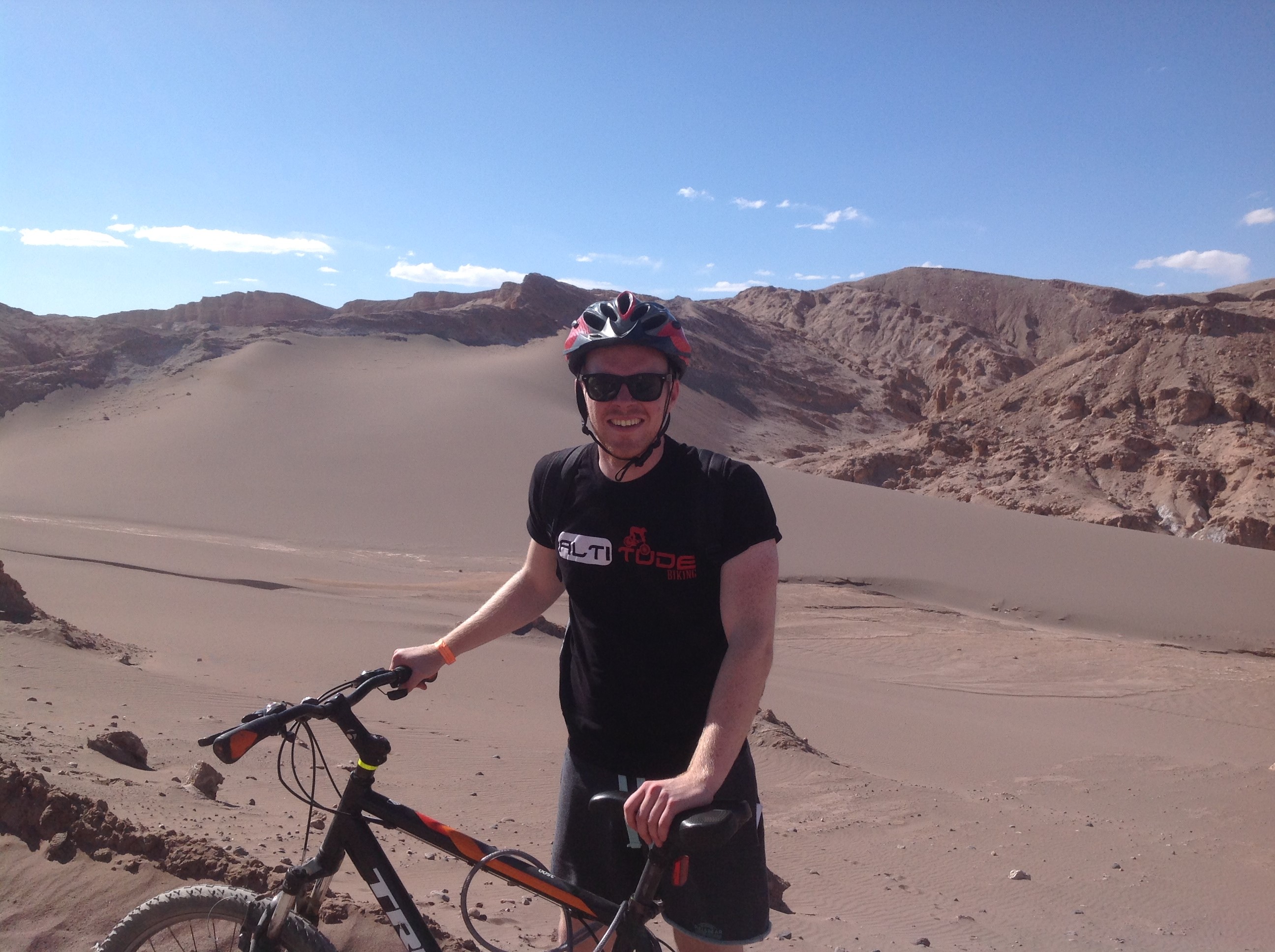 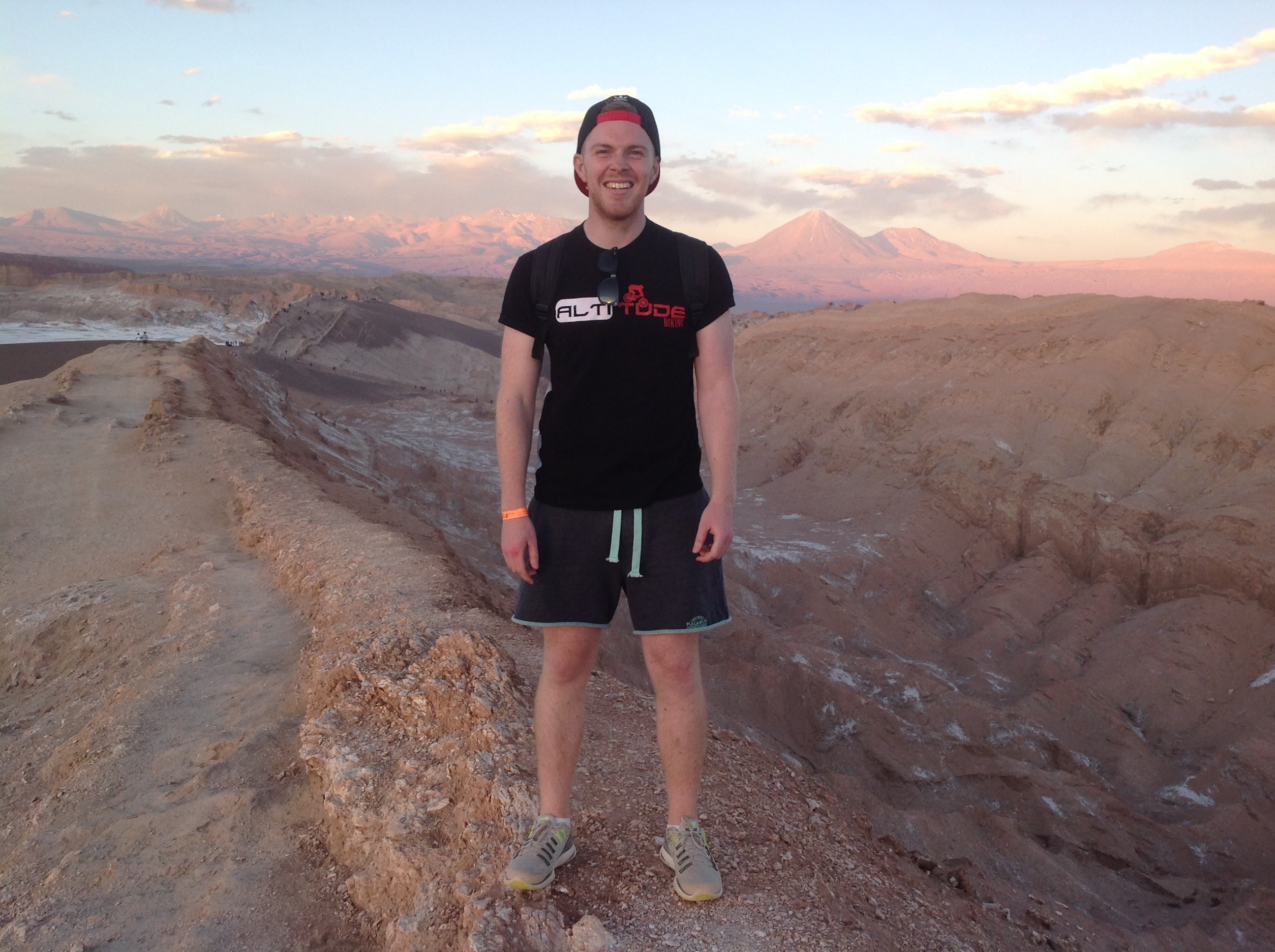 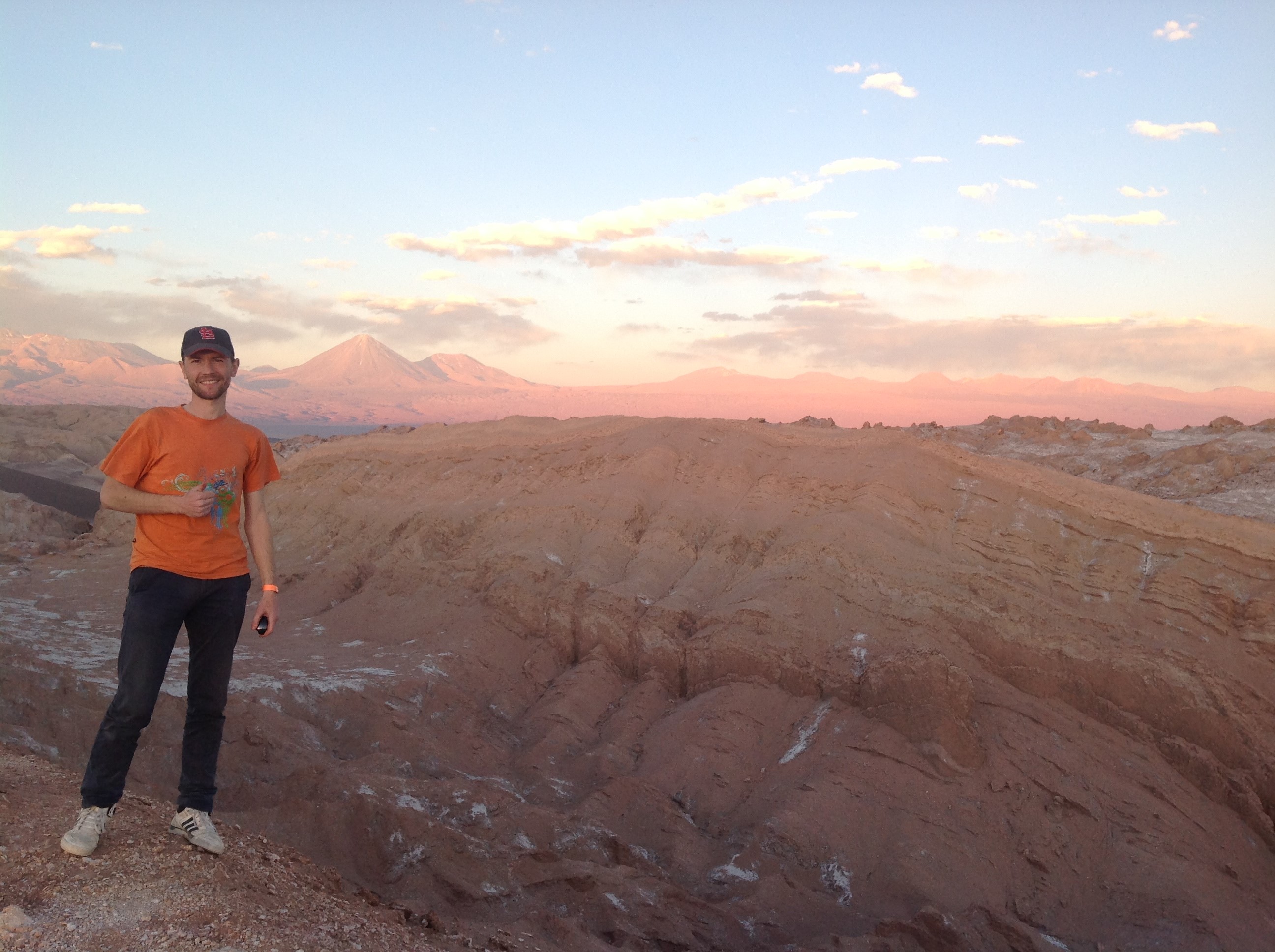 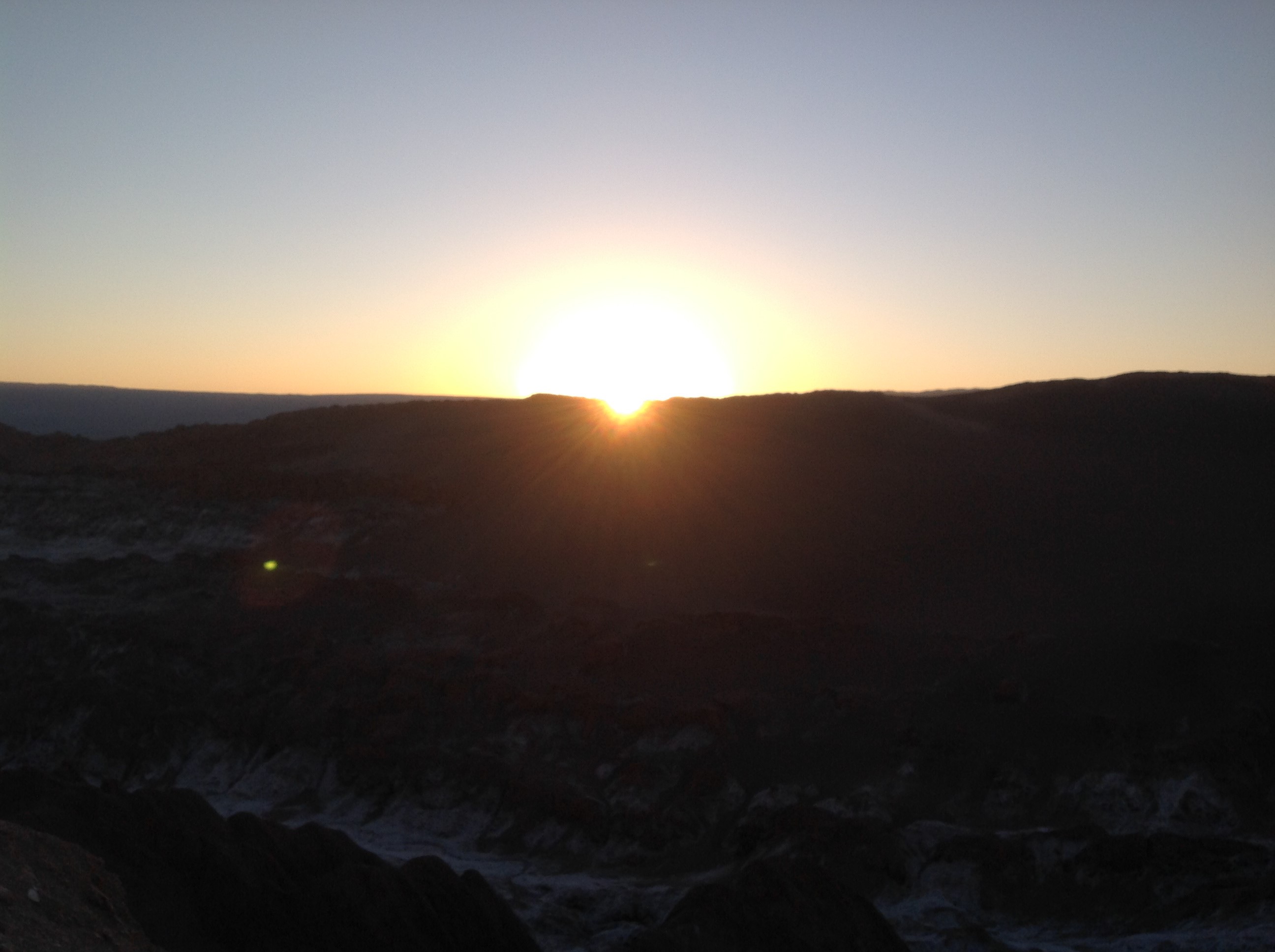 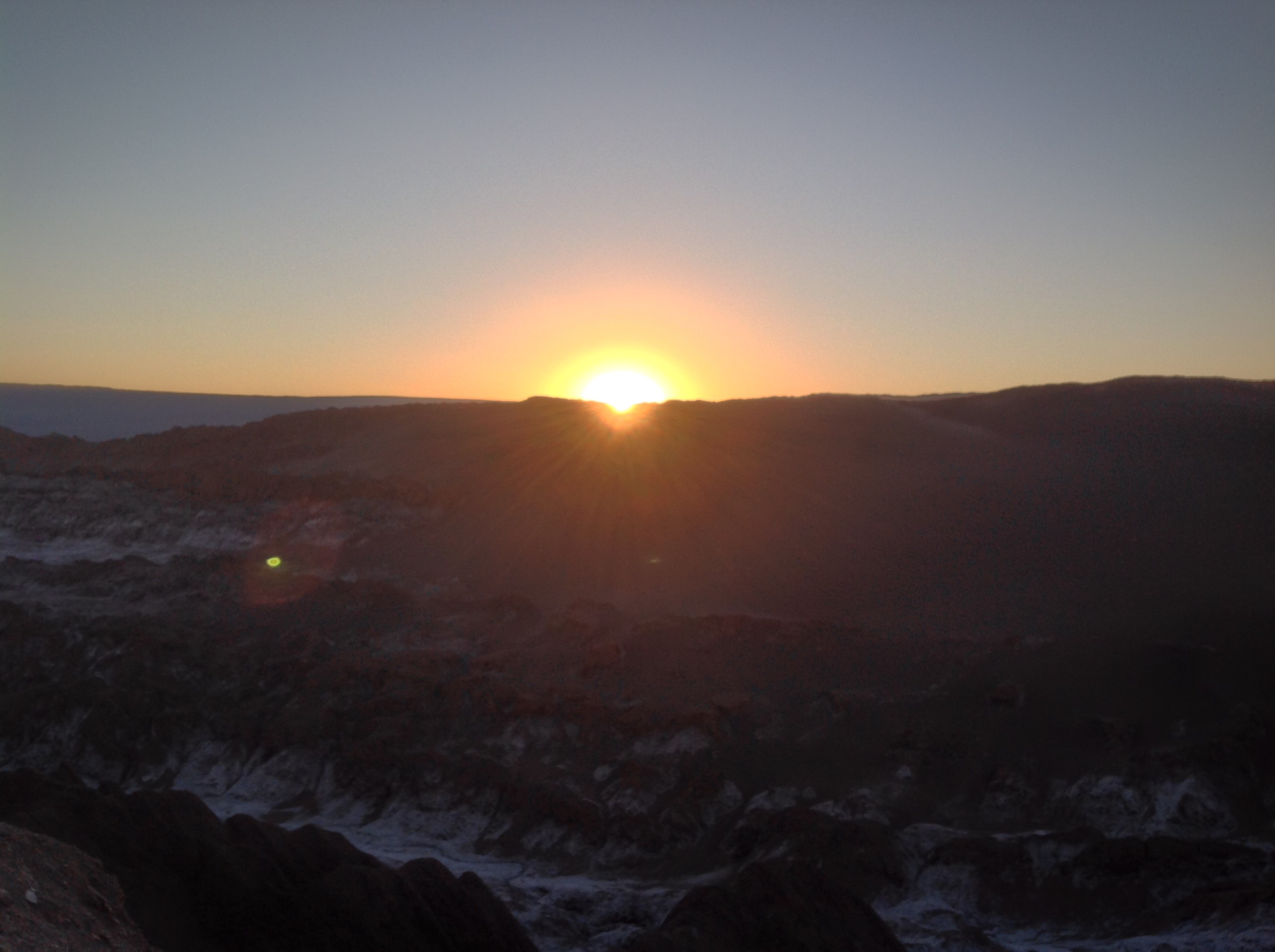 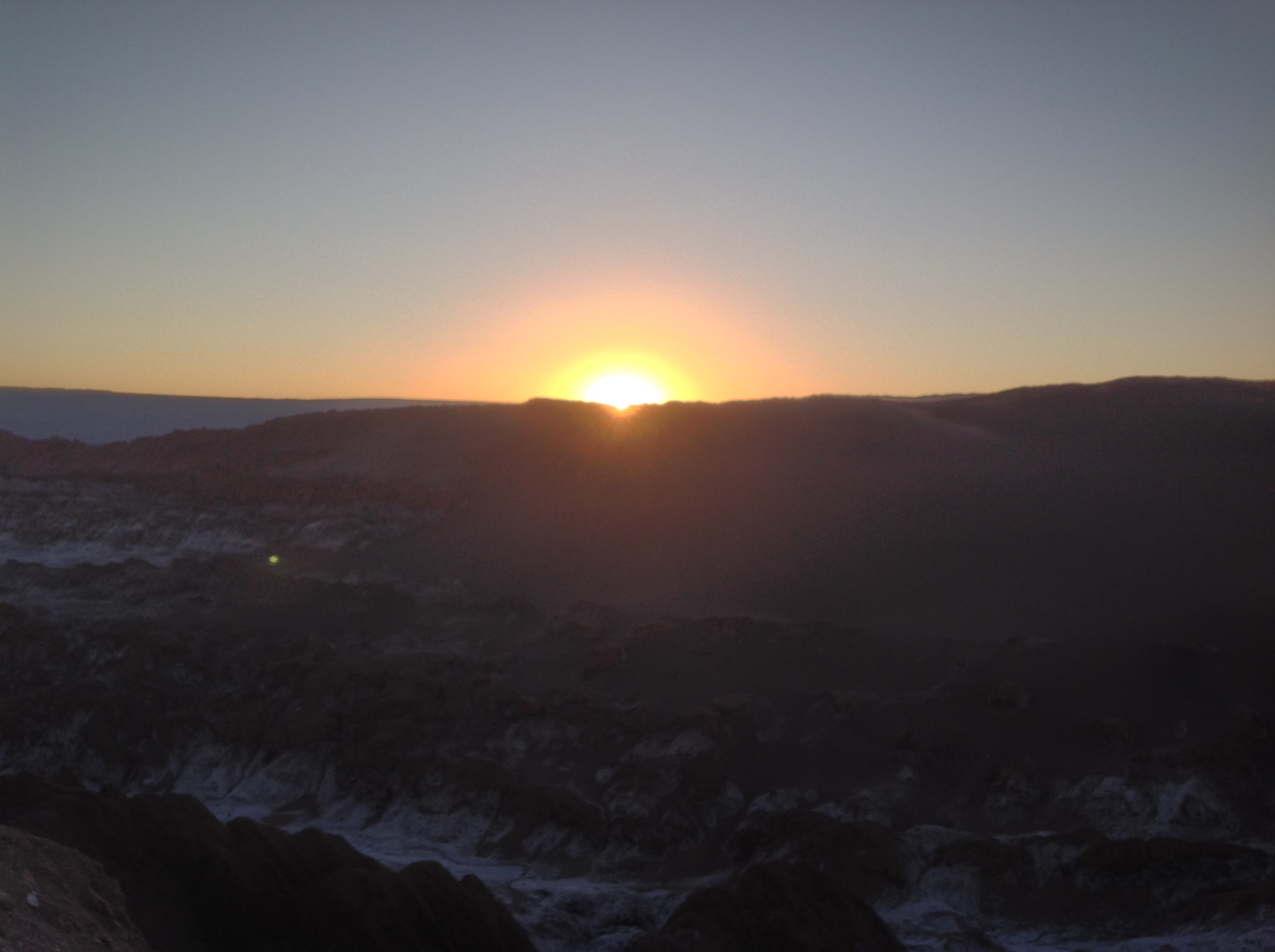 The Road Less Traveled. Failure for breakfast, lunch and dinner

Life is strange It happens when you think you are having the most and the best of it. You’re riding the big wave in the big storm and you feel good about it. No, I mean, you feel freaking amazing. Then you get smashed down and you have to restart again. And again. And again……